Coming Up For Air

Coming Up For Air is a wise and beautiful book central to the Escapologist’s library. I read the novel three years ago and today happened upon some quotations from it in my old notebook. Some are pure and giddy fun while others are rather depressing, but they’re all life-affirming in their way.

“There’s something that’s gone out of us. […] It’s a kind of vital juice that we’ve squirted away until there’s nothing left. All this rushing to and fro! Everlasting scramble for a bit of cash. Everlasting din of buses, bombs, radios, telephone bells. Nerves worn all to bits, empty places in the bones where the marrow ought to be.”

“Isn’t it queer how we go through life, always thinking that the things we want to do are the things that can’t be done? It seemed to me a kind of dope-dream, like the ones you have of sleeping with film stars or of winning the heavyweight championship. And yet it wasn’t in the least impossible, it wasn’t even improbable.”

“…in this life we lead – I don’t mean human life in general, I mean life in this particular age and this particular country – we don’t do the things we want to do. It isn’t because we’re always working. […] It’s because there’s some devil in us that drives us to and fro on everlasting idiocies. There’s time for everything except the things worth doing.”

“When I look back I realise that my active life, if I ever had one, ended when I was sixteen. Everything that really matters to me had happened before that date. […] After [taking a job selling insurance] – well, they say that happy people have no histories, and neither do the blokes who work in insurance offices. From that day forward there was nothing in my life you could properly describe as an event.” 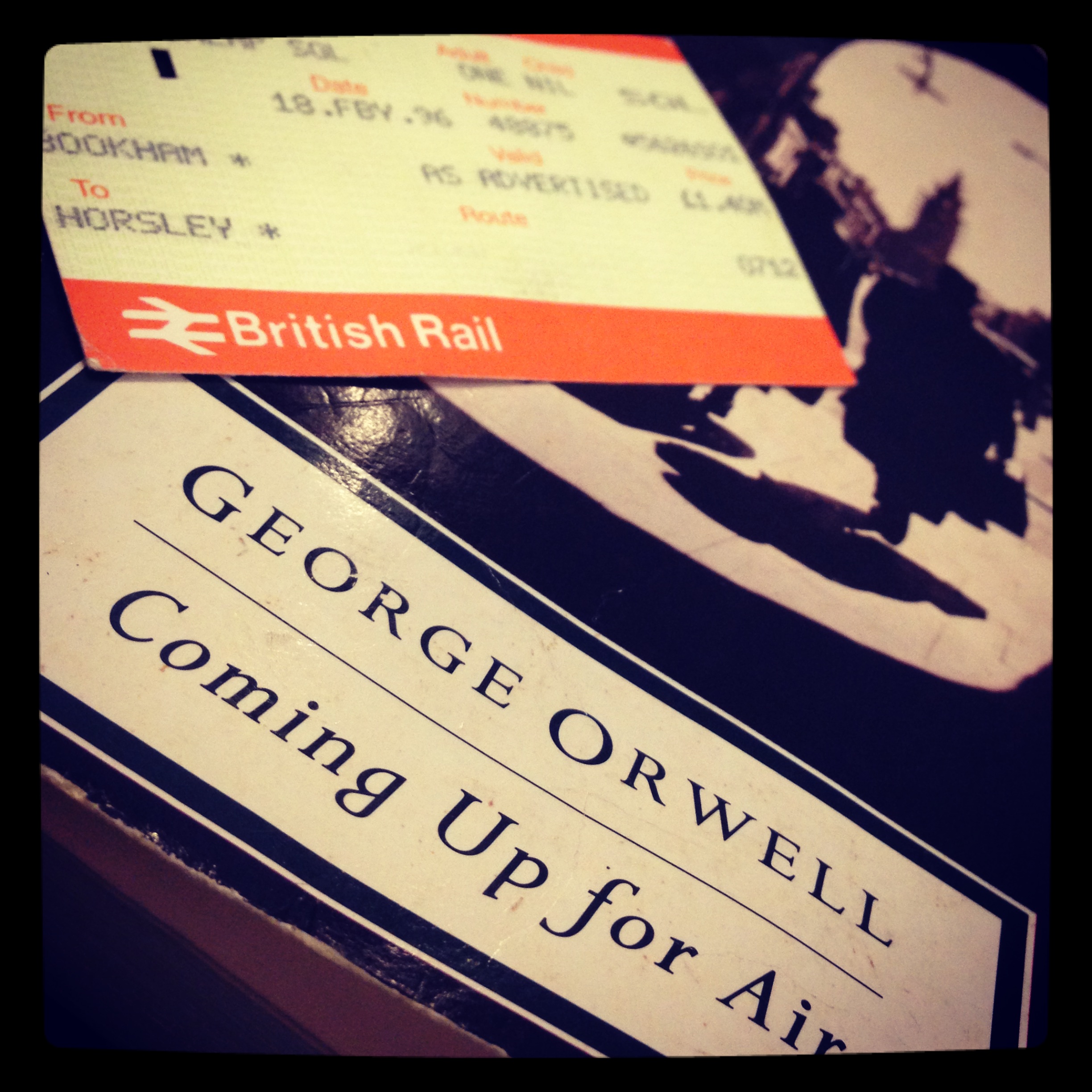 Robert Wringham is the editor of New Escapologist. He also writes books and articles. Read more at www.wringham.co.uk/about.

One Response to “Coming Up For Air”

Issues One to Seven

A hardback guide to scarpering. Essential reading for wage slaves and slugabeds alike. Published by Unbound and Penguin. 230 pages. £12.